Can the real world keep up with climate change? 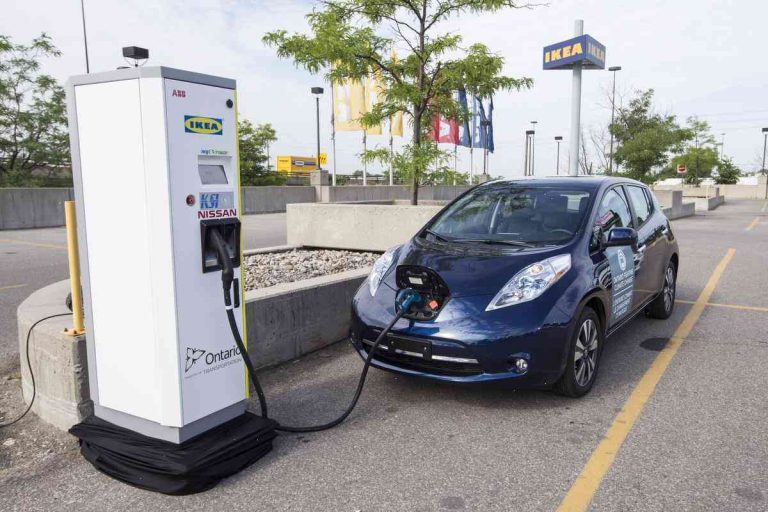 Travelers are paying attention, and so are experts. This past fall, Transportation Futures, a Calgary-based non-profit transportation research group, published the “Green Roadmap” report predicting the economic benefits of climate-friendly transportation.

“We’re already seeing impacts from climate change, and that impacts our transportation in terms of health, energy usage, our infrastructure, and also affects the way we do business,” the research group’s co-chair Bob Ross said in an interview. “There is no one right answer for how climate change will affect the transportation system. But the good news is, we know that investment in transportation does make a huge difference.”

The research group based in Calgary and Vancouver, two Western Canadian cities, has released a report predicting the impact of climate change in other major cities, and in Toronto, specific to transportation. Ross gave the example of a Western city that plans to build solar panels on its airport for energy efficiency and the resulting reduction in CO2 emissions. The report said in that city, “the move to renewables would lower the demand for fossil fuels by nearly 100 million barrels of oil a year.”

One of the biggest questions about climate change is how the world will transport itself. Will cities go to electric vehicles? How many gas stations will there be for the traffic they are expected to create? What will be the water supply? Will the next oil boom be fossil fuel-based or not?

One part of the “Green Roadmap” study is to come up with an effective transportation plan in Toronto. The researchers are now looking to develop the specifics that will be part of that plan.

“We found there are all these business inputs and environmental inputs in that analysis,” Ross said. “We need to integrate the two, and the challenge in the past has been to do that.”

In order to build the right transportation plan, the researchers used the existing federal contribution “but it wasn’t generating enough results,” Ross said. “We have to take into account how important the cities are, and take a value for investment approach. And that is essential in helping governments understand what they need to do.”

The Canadian Consulate General in Toronto is looking at how its response to climate change can be tailored to specific communities.

“A lot of development in Toronto is going to be very LRT (light rail transit) oriented,” Ross said. “So we need to find ways of providing funding for the infrastructure and providing money for the retrofitting. So a lot of discussion is about green space. And with the subway, you can end up with areas of high density and high conservation.”

A good part of the response in Toronto will have to do with priorities, Ross said. Toronto isn’t alone in dealing with climate change. Other big cities around the world, he said, have similar needs and concerns, including Delhi, Stockholm, Mexico City, Shanghai, and Helsinki.

As an example, Ross cited Toronto’s designation in 2014 as the first city to achieve so-called Emission Management Incentives.” “What that means is that if you come to Toronto and buy a new passenger vehicle, you don’t get a cash payment. In fact, there is a surcharge on your purchase price of that passenger vehicle.”

Ross said the development community in Toronto understands the idea of being green, but infrastructure planning is a tough hurdle.

“When you talk about trying to improve and upgrade a transportation system, you find often in big cities that are going to have an economic impact,” he said. “There is a lot of concern around cost, because the big issues have been around the cost of retrofitting and the cost of one-time environmental investment.

Ross said the hard part for a city like Toronto is understanding the balancing act between climate change mitigation and economic development. And that is happening.

Ross said the Canadian government has taken on some mandates in the aviation industry and driving the electric vehicle industry. Other examples are how Toronto is encouraging the use of energy-efficient LED streetlights, and some in-house work that includes energy management systems.

“We’re moving in the right direction,” Ross said. “Now the big challenge is to take all the responses and integrate them in a meaningful way to reach the goals that we’ve set out.”

“The question is: Can we make enough progress to be competitive in a world that changes so fast?”

New housing inventory in Toronto is vanishing. Will buyers get a ‘housing crisis’?