No. 12 Pittsburgh held off a late rally from Colgate to advance to the semifinals of the Atlantic Coast Conference Tournament, with James Robinson scoring 21 points, in an upset 71-68 victory Tuesday night…. 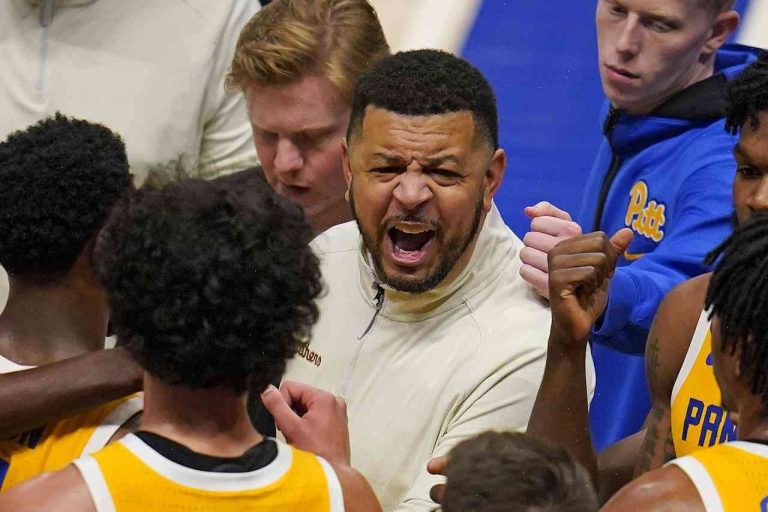 No. 12 Pittsburgh held off a late rally from Colgate to advance to the semifinals of the Atlantic Coast Conference Tournament, with James Robinson scoring 21 points, in an upset 71-68 victory Tuesday night.

The Raiders, who lost 71-63 to the Panthers in last year’s ACC Tournament final in Charlotte, N.C., hit six 3-pointers in the second half. Colgate was within one on three occasions before Pitt scored the game’s final seven points and cruised to the finish.

Pittsburgh returns to action Wednesday, as it hosts Wake Forest. The game starts at approximately 7:30 p.m. and is scheduled to be aired on CBS Sports Network.

Playing in the third game in as many days, Pitt trailed for most of the first half but took a 39-31 lead into the break. The Panthers eventually pushed the lead to 19 in the first 3:51 of the second half, but the Raiders started chipping away.

The teams traded the lead over the next five minutes, with Pitt holding a six-point lead and 64-61 before Colgate made its run to cut it to two with 1:51 to play. Pitt missed a pair of free throws, and Chris Anosike’s layup tied the game at 68 with 19 seconds left.

James Robinson and Junior Robinson each scored 19 points for the Panthers, with Jevon Carter contributing 13 points, eight rebounds and six assists. But Pitt was outrebounded by seven to Colgate’s 20. The Panthers also committed 19 turnovers, while Colgate was only 10.

Renminbi has best 2018 performance of the major currencies, say analysts