Former Witness: Ferguson Police Had ‘No Respect’ of Protesters

A CNN investigation revealed fresh details of the anti-police brutality protest in St. Louis following the fatal shooting of 18-year-old Michael Brown in 2014. The demonstrations in the city resulted in about six dozen… 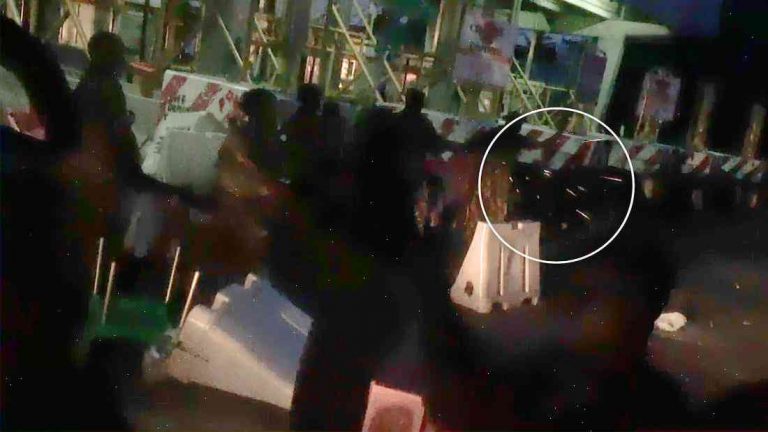 A CNN investigation revealed fresh details of the anti-police brutality protest in St. Louis following the fatal shooting of 18-year-old Michael Brown in 2014.

The demonstrations in the city resulted in about six dozen arrests, and some protesters engaged in acts of criminal violence, including assaults on officers and looting.

‘I didn’t want to be here anymore’: Wild antics from Ferguson protesters (VIDEO)

One former witness, Lakia Anderson, told CNN the protests were allowed to happen. Anderson said she witnessed multiple police officers being attacked and questioned whether they should have defended them.

“I really felt like they should have been called the bullies,” she said. “They didn’t have the respect of everybody in the country, but it doesn’t mean they should be able to do that to people.”

Members of some protest groups admitted to CNN that they were involved in committing acts of violence, including swinging on police vehicles and throwing projectiles, such as rocks, at police lines.

“Sometimes we need to come together to do it in a different way than with violence. Because it doesn’t address the issues,” said Darrick Collins of the Black People Against Cops coalition.

The mayor of Ferguson has vowed to reopen the Police Department after public protests in 2017.

But the St. Louis Police Department remains under major scrutiny for allegations of racial bias. And in the wake of the Justice Department’s findings that then-Chief Thomas Jackson willfully suppressed evidence relating to Brown’s death, the St. Louis police chief is being forced to resign.

Chief Sam Dotson has testified before the St. Louis City Grand Jury investigating a deadly police shooting from August 2016, telling reporters that he has not seen a video of the incident.

“I had just about every officer in the department see it,” Dotson said in 2017. “I had it on an individual unit tape. I had a good portion of the work force see the video.”

–Jean Casarez and Ken Sothman contributed to this report.