Man jumps out of US Airways plane in airport terror incident

By AnneClaire Stapleton, CNN • Updated 24th March 2019 Three passengers on an international flight to Phoenix International Airport captured on video a man who jumped out of the aircraft and ran toward the… 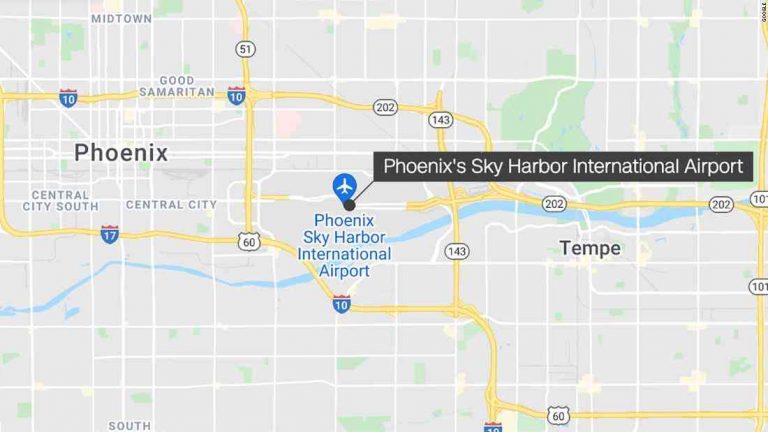 Three passengers on an international flight to Phoenix International Airport captured on video a man who jumped out of the aircraft and ran toward the terminal during Friday afternoon’s rush hour.

The unidentified man appeared to get on a board tram to head to the terminal. When he was not running down the corridor, he was in the process of running down an escalator.

The Federal Aviation Administration reported a US Airways MD-80 aircraft was diverted to a holding pattern at Sky Harbor after a report of a person seen leaving the aircraft. The plane, which was on final approach to the airport, was forced to land at McCarran International Airport in Las Vegas. No one was injured, according to the FAA.

One of the passengers snapped a few photos and video of the incident, which appeared to be captured from the plane itself.

“On a moment’s notice, the pilot was at a loss as to what to do,” said Douglas McNeil, president of private airport operator Oasis Aviation, of what transpired.

U.S. Airways CEO Doug Parker at the time tweeted, “The safety of our customers and crew is always our top priority. Our team is working closely with authorities to investigate the event.”