STUTTGART, Germany — The commanding officer of Navy SEAL Team 8 died of an accidental head injury while participating in exercise in waters north of Germany, his command announced. Matthew Martinek, 33, was helping… 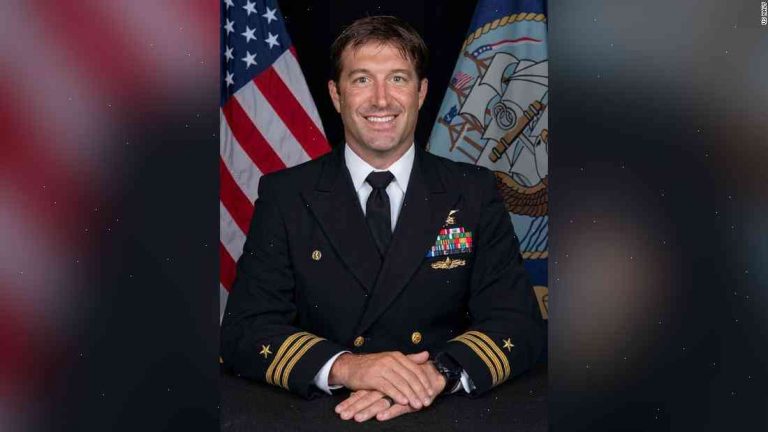 STUTTGART, Germany — The commanding officer of Navy SEAL Team 8 died of an accidental head injury while participating in exercise in waters north of Germany, his command announced.

Matthew Martinek, 33, was helping train the teams before they go to work on an aircraft carrier, the USS George H.W. Bush, in the Persian Gulf, on Jan. 23. The incident happened on a dry-land course in Stuttgart, Germany, and caused Martinek to lose consciousness. He was taken to a nearby medical center, where he was pronounced dead, according to a statement from Naval Special Warfare Command in Coronado, Calif.

The last commander of SEAL Team 8 was Tim Giarrusso, who took command in 2014. The seventh commanding officer was Eric Kidd, who died in a training accident in early 2015.

Martinek’s father James told Fox News the family was told of the accident the night it happened, and Martinek was treated and released, only to later be admitted back to the hospital, where he died.

“He was working all day and he came back down to play,” James Martinek said. “Unfortunately the gun malfunctioned. It wasn’t his gun, it was used. It wasn’t anything special he did.”

Anyone working in the Navy’s specialized warrior special forces unit must have a command master chief, a leadership role in the SEAL Team. Martinek was one of those unique leaders, who was promoted to master chief in early 2015, a job most effectively undertaken by a black-leather-clad SEAL commander who weighs in on a platoon’s initiatives and hunts down other SEALs to ensure they stay focused.

“It’s so tragic,” James Martinek said. “I told them don’t let their courage and integrity be broken. There is no more amazing treasure, special forces guy in the world than dad.”

Martinek’s father said his son was a patriot who was dedicated to protecting the freedom of the United States.

“From the age of 10 years old he wanted to do it, so he went off to boot camp at 10 years old and only got to talk to him in mission briefings at 11 and 12, so I kind of missed that, but dad who are the ones leading, get the messages. He was tough, he was athletic, he was beautiful. He was so full of life. I am very, very proud.”

Matt Martinek was born in Rye Brook, N.Y., and graduated from Dunbar High School in Greensboro, N.C. In 2003, he enlisted in the Navy, focusing on aviation training.

In 2006, he was granted access to the high-stakes special warfare community, and worked in exercises with the elite commando units through at least 2014.

Martinek’s death has shocked the local community in the northern German city of Stuttgart. After he passed away, people flocked to his funeral home, paying their respects.

“They brought handmade pictures of him,” Lea Martinek-Gomes, Matt’s sister, told Fox News. “People in the neighborhood took him to the hospital and sent letters for his funeral, for his parents.”

The Stuttgart Naval Hospital has said the Chief Medical Examiner will perform an autopsy.

This story was reported by The Associated Press.

LeBron James a triple-double away from winning career milestone

No to a coal mine, please: Ontario’s fringes have suffered enough | Russell Smith