Ontario’s nurses are fighting for their professional and personal lives

Last week, the Canadian Nurses Association announced that it had negotiated its first tentative agreement with the province of Ontario since 2013. The agreement establishes a level of success for health care professionals –… 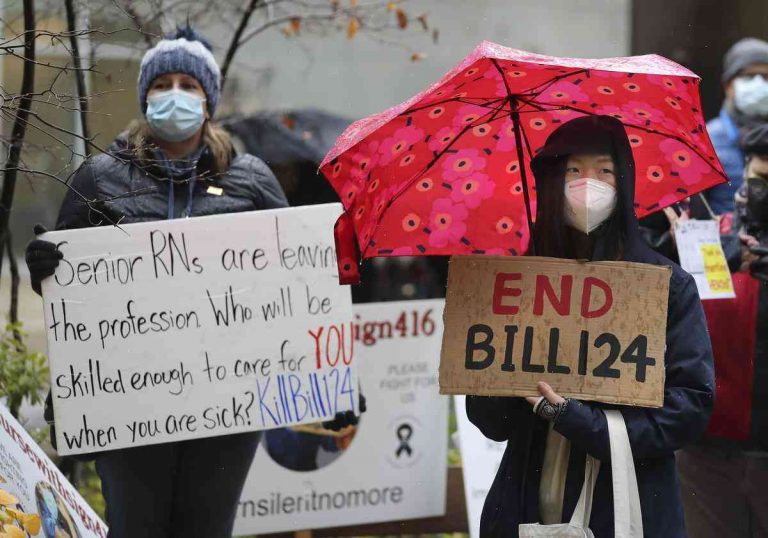 Last week, the Canadian Nurses Association announced that it had negotiated its first tentative agreement with the province of Ontario since 2013. The agreement establishes a level of success for health care professionals – and is a boost for patients.

Despite being in the midst of a health-care crisis, the province’s nurses are being asked to make concessions by their employer, the Ontario College of Nurses. The association has provided a mandate for its members to reject the deal because it includes several measures that will undermine their ability to support patients.

The key provision is that the association should be allowed to negotiate rates of pay based on college ratings of nursing schools. For Ontario, which has the largest number of nursing students in the country, this is a significant measure. To date, the college only rates courses or training programs at the province’s postsecondary institutions. The contract will lead to more unpredictability for students and professionals.

The association has also proposed a provision that may see the college establish minimum pay levels for certain skilled groups of nurses, and that entry-level nurses will “carry over” some of their pay in the short-term from those minimum pay levels. This proposal will result in a number of nurses losing important “free time” to learn new skills, and take courses that will better prepare them for new roles.

Following this proposal, a second proposal, sent back to the association, would see the college also apply its current measures to colleges that have never been rated and have no affiliates to compare them to. This would result in health care workers that had already taken time off while receiving certification, or worked one or two additional years while undergoing training, being forced to take further classes in order to be qualified to work.

The proposal also disregards the expertise that exist in hospitals and health facilities throughout the province, and instead restricts the granting of professional status or advancement to those with only provincial course evaluations.

These measures undermine nurses’ negotiating position, threaten patient care, and will make it more difficult for nurses to graduate, train, and have a smooth career.

This is a continuation of a trend that started when the province initially brought in payment rates based on college ratings of nursing schools. Further reductions in the 2011 and 2014/15 round of contract negotiations reduced nurses’ professional pay by 25%.

This Canadian trend dates back to 1994, when Manitoba and Saskatchewan nurses reached a deal based on the same formula Ontario nurses have agreed to implement now.

Today, Ontario is contributing to this trend of underfunding nurses by restricting their professional and professional development opportunities.

Ontario’s long-term health care crisis is real, but so is the fact that Ontario’s nurses are getting a raw deal. They are not.

Steven Emerson is a health policy consultant with the Fraser Institute and author of the 2016 Institute Report “What If Nurses Don’t Come?”