Erin O’Toole, the rookie Conservative MP in Central Nova, is proposing an amendment to Canada’s so-called “Equality of Treatment” section of the Citizenship Act. Known as the “Exclusionary Provision,” it means anyone from Afghanistan,… 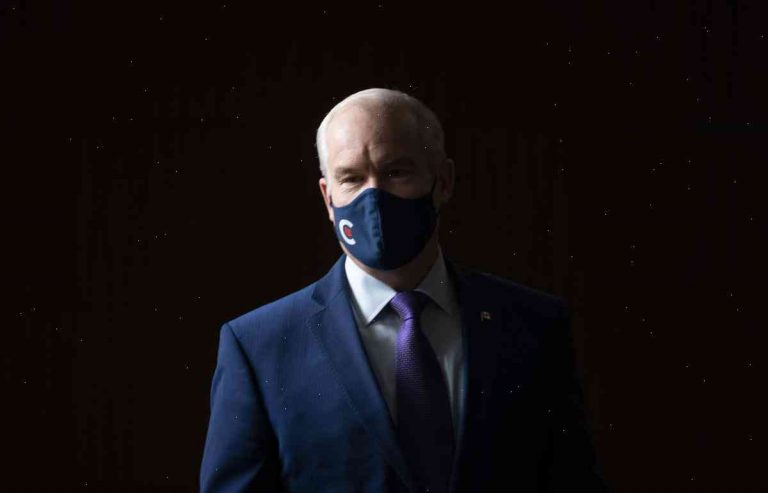 Erin O’Toole, the rookie Conservative MP in Central Nova, is proposing an amendment to Canada’s so-called “Equality of Treatment” section of the Citizenship Act. Known as the “Exclusionary Provision,” it means anyone from Afghanistan, Iran, Saudi Arabia, Somalia, Tajikistan, and the United Arab Emirates isn’t allowed to apply for citizenship.

The amendment, sponsored by O’Toole and cosponsored by John McKay of Toronto, is an effort to help Somalian refugees into Canada. About a hundred refugees landed in Nova Scotia on Sunday.

Two Sudanese brothers are suffering from a chronic eye disease from years of severely inadequate treatment by war-torn Sudan. One brother, Hassan Seerut Abdelki, says he’s been scolded by his father and other relatives for making a refugee claim.

Other Somali refugees are detained in federal prisons and immigration detention centres. At least five have been sentenced to long prison terms for offences related to their refugee claims.

This year, Aden Pegu, a Sudanese refugee from Comoros, was injured in a vicious attack outside a Halifax courthouse. Reports said police found Pegu bleeding from his head and face when they arrived. Pegu’s attacker reportedly threatened him with a knife, as well as a hammer. Pegu only identified his attacker after losing vision in one eye.

O’Toole’s amendment gives MPs more power to enact changes to the Citizenship Act. These types of amendments are normally marked up by committees in Canada’s House of Commons.

It’s important to be cautious before we overreacted to this example.

It’s important to be cautious before we overreacted to this example.

O’Toole has accused Canada’s two sisters from Eritrea who were seeking asylum from persecution on charges related to their refugee claims of trying to pose as Canadian citizens. Allegations against Luba and Kavita Ghebremichael’s visa irregularities, dating back to 2014, are being investigated.

The Ghebremichael sisters are not allowed to work in Canada, while they await the immigration review of their visa applications. This likely has something to do with the Ghebremichael’s financial assistance to a charity in Nicaragua.

Now, there are good arguments that let’s put these sisters on trial, just as we would any other country. We’re hoping for their speedy repatriation.

It’s also important to ask ourselves, what would a speedy repatriation look like? It’s really about who keeps themselves safe, not just the refugees who say they’re “safe”.

Quite how we will distinguish between those refugees who are truly “safe” and those who aren’t is unclear. We have heard horror stories of people disappearing and being tortured in Thailand. Or being tortured by Canadian border officers as a red line for humanitarian protection in Canada. There’s a reason why the Ghebremitons aren’t allowed to work in Canada.

Playing politics with those refugee claimants, and using them as a way to score political points, is unfair and dangerous. Parliament should review this amendment and consider adopting a policy that does not harm the most vulnerable.

We should also include more screening to make sure anyone seeking asylum is safe before issuing visas or assuring access to safe, legal transit.

O’Toole says Canada’s Citizenship Act must be made more “balanced” to reflect national security and refugee protection. It should do so, but using it for this purpose is counterproductive. It further alienates and marginalizes vulnerable refugee claimants at a time when we already need to be focusing on their safety and security.

Perhaps Canadian politicians should look at Canada’s refugee policies from the refugees’ point of view. Refugee claimants are already mistreated by those who want to punish them for their perceived immigration status and search for evidence to charge them with crimes. Here in Canada, the proposed legislation would further stigmatize them

The Boycott of Sardinia Is Working!