The Senate voted Tuesday to kill a House-passed attempt to stop the Trump administration from using emergency powers to pay for construction of a wall along the U.S.-Mexico border. The 74-25 vote was the… 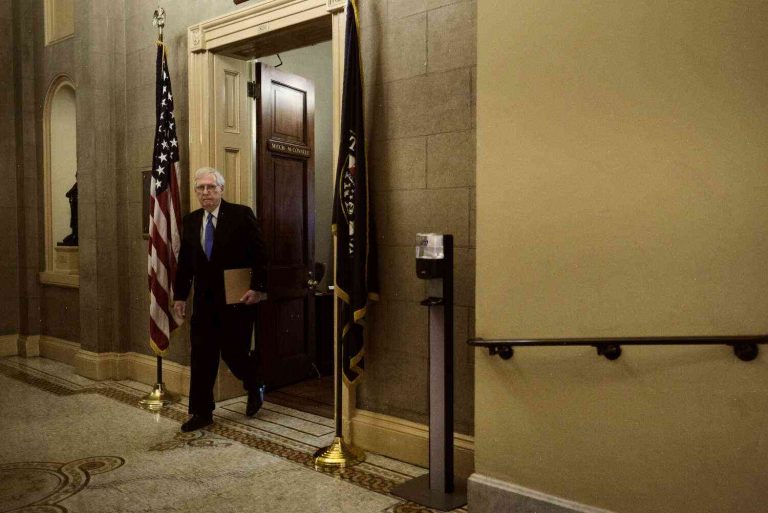 The Senate voted Tuesday to kill a House-passed attempt to stop the Trump administration from using emergency powers to pay for construction of a wall along the U.S.-Mexico border.

The 74-25 vote was the latest hurdle in a months-long partisan battle over the balance of power between the White House and Congress. The final vote was unanimous, and the last major hurdle standing to raise the nation’s debt ceiling was passed. A final agreement on debt limit spending is still being worked out.

The measure would have prevented the president from using emergency powers to move some of the $6.5 billion in emergency funds on which the bill was financed to pay for construction of a wall along the U.S.-Mexico border. Republicans opposed the measure because they are wary of the president adding to the national debt.

Senate Democrats, who have repeatedly blasted the Trump administration for using emergency powers to declare a national emergency for the wall, praised the bipartisan resolution, with the Senate Minority Leader, Chuck Schumer, D-N.Y., saying in a statement that it “clearly shows that the president is trying to use military construction funds to pay for an expensive boondoggle that Congress is not willing to fund.”

But the Democrats’ opposition was overridden by the Republicans who supported the measure as well as the president, with Vice President Mike Pence casting the decisive vote to kill the House-passed measure.

A handful of Republicans, who are on the fence about the shutdown and the debt ceiling, voted against it, warning that he vote could hurt their party in the midterms. It was the second time Republicans have killed a House bill. In December, the Senate killed an attempt to repeal and replace the Affordable Care Act.

Earlier in the day, the Senate also nixed a House measure to raise the legal limit on government borrowing to $1.7 trillion.