Written by Staff Writer Lauren Price, CNN Seven people are suing the city of Oxford, Oklahoma, after a March 2016 attack at an Oklahoma City high school in which one student was shot and… 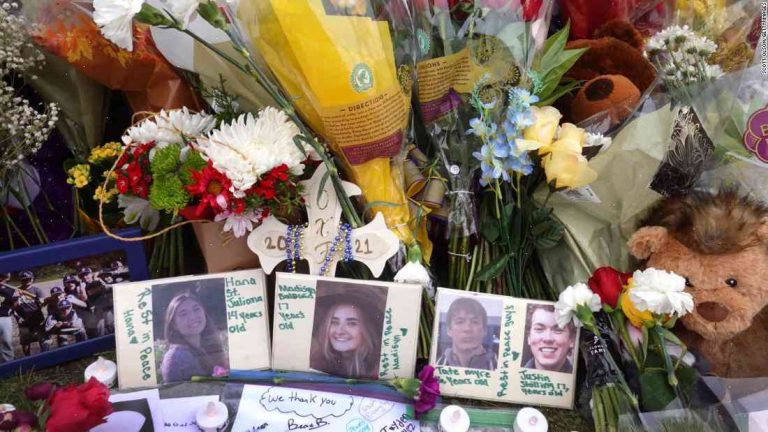 Seven people are suing the city of Oxford, Oklahoma, after a March 2016 attack at an Oklahoma City high school in which one student was shot and another had two of her teeth knocked out, according to court documents obtained by CNN.

Andrew Main, 17, was charged as an adult with shooting fellow junior Tevin Foster, 15, in the arm and back. He was later sentenced to 23 years in prison.

The lawsuit, which was filed in the Sooner State on September 6 in the Court of Claims, alleges that Main could have faced more serious charges if he were not an African-American, according to The Oklahoman newspaper.

The two students, who are expected to testify at Main’s trial next month, were sitting together in a cafeteria at Oxford High School when Main allegedly pulled out a gun and began firing.

Foster was shot in the arm and ankle and grazed in the stomach. Main then allegedly put the gun in a food drawer, hid the handle in his jacket and told Foster to get up from the table. He’s accused of telling Foster to run into the restroom and back into his own class and told him not to call police.

Foster then returned to the classroom and turned himself in. Main allegedly set off his fire alarm, drawing the attention of Foster’s teachers and causing them to rush into the cafeteria, according to The Oklahoman.

The incident was captured on surveillance cameras and the images helped lead to Main’s arrest, according to a district attorney’s probable cause affidavit.

The lawsuit was filed by three family members of Main’s victim, a Title IX coordinator and the former principal of the school who were all injured in the attack.

The lawsuit is seeking over $100 million in damages, including financial compensation and medical bills.

Main’s attorney, Harold Greenfield, has previously claimed that Main acted in self-defense, and that the teacher’s negligent actions resulted in the injury.

“A principal, when you walk into the school, when you come in a school building, you should be prepared to defend the school property and lives of those students,” Greenfield told the Atlanta Journal-Constitution.

“I feel confident that a jury will conclude that he had reasonable means to fend off Mr. Foster.”