Imagine if you were given a map and then went to sell it. You’d know there was no way to predict the future and that the city in the map might not even exist…. 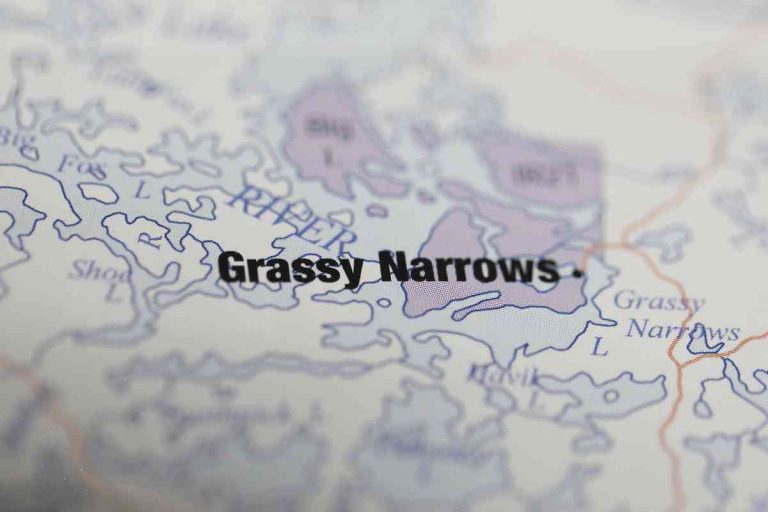 Imagine if you were given a map and then went to sell it. You’d know there was no way to predict the future and that the city in the map might not even exist.

That’s what it was like for residents of the Liverpool First Nation (LFN) in Ontario after their chief and band council received a new, updated online map of the land.

Or look at the map used for mining permits by the Ontario government. It is more than a decade old.

When Chief Shawn Chapman found out the logging industry, proposed for the land, had been approved by the government – much to her and the community’s surprise – she was shocked.

“I am shocked,” she told the Liverpool Echo. “The company went through so much trouble to ensure the permitting process was open and fair so for the provincial government to slap us in the face, while everything else seems to be going in an ‘okay direction’ is a joke.”

Mining companies can obtain permits to explore for resources from the government. Chief Chapman said that she knew the area would never be accessible because of “dams and other obstacles.”

The lumber industry is looking to open a mill in Liverpool and also plans to run a sawmill there and at the same time consider constructing a second mill.

“The LFN has been through worse than this and it’s just not right,” Chief Chapman said. “They (the government) have been foolish enough to approve this permit knowing the area will never happen.”

The federal and provincial governments have now requested a review of this new permit.

Ontario Minister of Mines and Northern Development Ernie Hardeman also sent a letter to local First Nations stating that his department’s application process is fair and transparent and that they will do everything in their power to ensure the mining industry can proceed.

A Canadian minister of lands and mineral resources in Ontario has “taken an even more aggressive step” after discovering more permits were misissued than previously thought, the Ontario Guardian reported. The provie’s Minister of Environment Eric Verner has now brought the ministers of the mining and environment offices together to ensure mining companies are fully informed and understand their permits.

“Ministers are taking whatever steps necessary to correct any misunderstandings and ensure that consent is not given,” Chief Chapman said in an interview with the Liverpool Echo. “I don’t know whether the government has ever taken such an aggressive step in a joint process like this but they have.”

Mayor Karen Wielinga of the Liverpool First Nation has “told her officials to contact all the aboriginal communities on the LFN and let them know that their information was incorrect,” the Guardian reported. “Both Chief Chapman and Mayor Wielinga want these mines to not happen and the Cleveland Hunt and Finishing Co. and Golden Arches Ltd. have been given the opportunity to do so.”

Companies are now trying to match what was known about the proposed logging company site with the resources it is proposing to take in. If not, the companies may soon cancel the proposals.

“The discussions are very ongoing,” Illinois Senator Richard Durbin told the Guardian. “I am involved in some of these discussions and am happy to do whatever I can to help keep communities and mining companies connected and working together to develop an understanding.”

William Moreau in Toronto and Anita Padillo in New York contributed to this report.

What’s the news on the Russia probe?