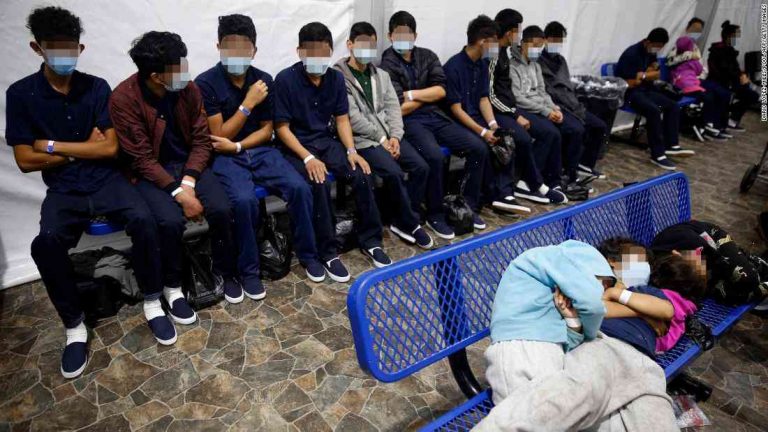 The agency is just beginning to detail health risks posed to young detainees by Customs and Border Protection agents in their holding area, one DHS official, speaking on the condition of anonymity, told Fox News.

Homeland Security officials want information about cases in which Customs and Border Protection agents mistreated the children or “neglected the welfare of minors in their custody,” the DHS official said. The children in the holding area likely would be referred to the HHS shelter, which is part of HHS.

The American Civil Liberties Union, which filed a lawsuit against the border agency on behalf of the young migrants, posted a copy of the memo, dated September 26, and citing legal document for children.

According to the memo, two officials, including Nielsen, raised concerns with the Children’s HHS secretary. Officials filed the information in an effort to update a provision in a Department of Homeland Security rule.

The detention center opened near Texas at the beginning of September after President Trump declared a state of emergency to expand government detention of migrant children along the U.S.-Mexico border.

More than 2,500 children are in HHS custody following their apprehension. The shelter began taking in children from Border Patrol on Sept. 13, and the shelter reached the daily cap for 30 children at the end of last week.

“DHS recognizes the importance of public safety, but we take the responsibility of ensuring the well-being of minors in our custody very seriously,” Department of Homeland Security spokeswoman Katie Waldman said in a statement. “We continue to take steps to ensure the well-being of minors in our custody, and will continue to increase capacity and work to ensure that minors are released to the care of an appropriate sponsor as quickly as possible.”

Last month, Nielsen appeared at a joint House and Senate Homeland Security and Governmental Affairs Committee hearing, which raised security concerns about such a facility, which is on five acres in rural McAllen.

On Tuesday, Nielsen said the shelter will be operated by the state of Texas. Officials originally wanted to run the children’s care in Buffalo, New York, but said they were overburdened by the more than 3,000 detained children and needed a temporary shelter in a “prime border crossing area.”